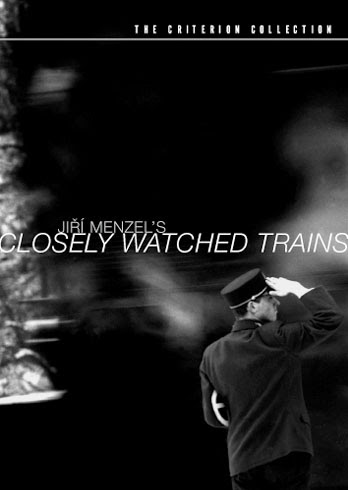 Closely Watched Trains is one of the most well-known Czechoslovakian films (of which there will be no more), and it's easy to see why. While this is not necessarily a five-star classic, it's a highly entertaining, immediately engaging film about becoming a grown-up. The stories about the protagonist's ancestors in the opening are very funny and charming, while the end of the film takes a dramatic turn which I had not expected, but found strangely satisfying.

One thing that should be mentioned is how sparse and simple the direction is. The editing is loose to the point of being leisurely, and the shot selection reminded me of the silent film era, when cameras had serious physical limitations. Still, elementary as it might seem (particularly when compared to the highly modern and reflective films being made in France at the same time), the film is extremely effective, especially in the expertly constructed suicide attempt sequence.

A very enjoyable film.
Posted by bza at 5:05 PM

Email ThisBlogThis!Share to TwitterShare to FacebookShare to Pinterest
Labels: 126-150, Coming of Age, European