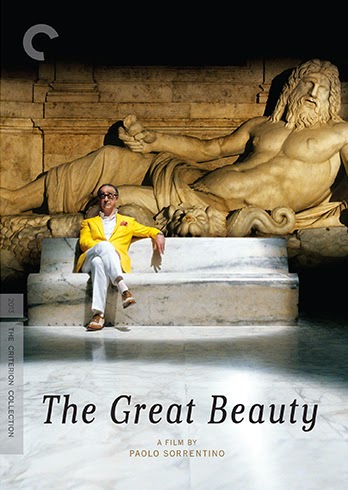 It would be easy to describe The Great Beauty as Fellini with Facebook, a contemporary retelling of the grotesque modernism of Fellini's core work, most notably and obviously La Dolce Vita (finally announced as a Criterion title earlier this month). To do so, however, would marginalize the film's own merits as a commentary on modern life just as much as it would reduce modern life itself to the tools we use to navigate through it.

Certainly, there is a strange anachronistic feeling to the modern components characters wield in The Great Beauty - the music they dance to, the cars they drive, the nude photos they offer up. The film feels so much like La Dolce Vita that these details serve as an odd reminder that we are not watching something that was, but something that is. Sorrentino has made a film about a man surrounded by history: his own, his city's, his film's. It's a quintessentially Italian endeavor - perhaps even uniquely Roman - but the lessons he dwells on are universal and eternal, an idea easily reinforced by everything that has changed in the last fifty years in Rome and everything that has stayed the same.

As in La Dolce Vita (and fellow modernist masterpieces L'Avventura and Through a Glass Darkly), the best moments in The Great Beauty are in the morning after, the sleepy but clear realizations that the cycle goes on. The film is also stunningly beautiful, almost to a default, and Sorrentino says as much with his camera as he does with his script. His protagonist is an empty shell stuck at the long party, but it's a beautiful party, and the way Sorrentino seduces the viewer allows Jep's momentum to seem less pitiable, more understandable. We wait for the next rush of adrenaline, desiring our own power to ruin the party - not to use it, but to know that we have it.

The Great Beauty's success is so frequently technical and theoretical that it can be hard to interact with the text's intentions. Jep is searching for the titular prize, but isn't everyone? We believe his desires but we don't recognize anything new - in a way, this is the point of the movie, that we're all living a cycle, that modernity and society's progress is a lie to cover up the fact that we are all in tatters. They say caged animals are the only ones who have time to be depressed, and we have yet to devise a better cage for humans than that of eternal comfort. The Great Beauty might be trudging over worn territory, but there's no more terrifying prospect in modern life than getting everything you want and still feeling empty.
Posted by bza at 8:19 AM No comments: