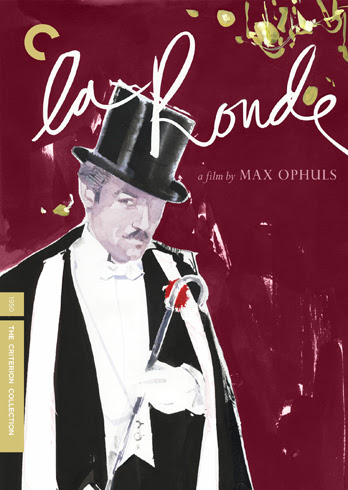 La Ronde is deceptively airy, a study in human connections that never lets the audience pause to consider its lighthearted touch.  Ophuls made my favorite film I've watched during this project, The Earrings of Madame de..., and La Ronde is similarly opulent and fluid. But instead of earrings, it's sex that connects these characters in a merry-go-round of love and lust all put together by an omniscient host, the man on the cover of the Criterion disc.

The opening scene is truly memorable, as the narrator moves from a stage to a movie set to the early 1900s all in one take, donning old clothing as he goes. It must be the thing Baz Luhrmann has based his whole career on, a wild self-reflective trip through entertainment and audience alike. Each transition in the film is equally enjoyable, as woman turns to man turns to woman before the whole thing circles back on itself.

Depending on how flashy you like your directors, Ophuls will be a revelation or a painful distraction. It's amazing to me that he and Ozu were making movies at the same time, and were they to see each others' films I would imagine their heads would have exploded. But for me, Ophuls is exhilarating. His camera work melds so perfectly with his subjects that you can't help but get swept up in the energy of his storytelling. He is truly one of the masters, and if La Ronde doesn't quite reach the heights of The Earrings of Madame de..., it's still a must-see.
Posted by bza at 11:00 AM No comments: 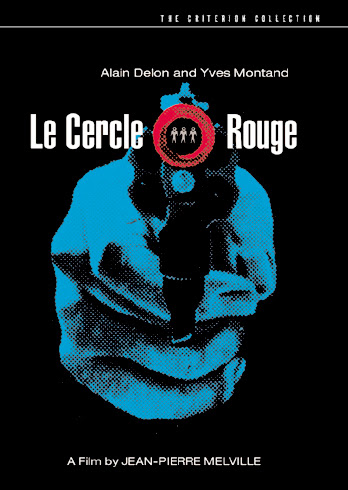 The last Melville Criterion film I haven't seen (I saw Le Samurai years ago, and until I watch it again to compare is still my favorite), Le Cercle Rouge is also the most widely praised of all the director's films. It's easy to see why, as the film is directed and written with the kind of confidence filmmakers only have after decades of cinema under their belt. Compare a movie like this to, say, North by Northwest, or Kagemusha, and then compare it to a movie like Magnolia or Breathless. Like Le Cercle Rouge, all four of those films are five star classics, but the latter two have a swagger in place of the quiet confidence that is the common thread through films made in the latter half of a master's career. It's the difference between an aging samurai and a young cowboy.

There are countless classic moments in this film, from the train escape at the beginning to the jewel heist centerpiece. But the movie's best element remains Melville, as his work with the camera is a joy to watch. With this movie, Melville finished up a run which is unparalleled by 99% of filmmakers: from 1966 to 1970, he made Le Deuxieme Souffle, Army of Shadows, Le Samurai, and Le Cercle Rouge. So, yeah. Not too shabby.
Posted by bza at 7:34 AM No comments: 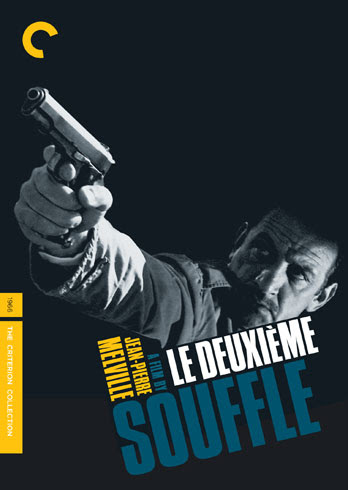 Le Deuxième Souffle is another Melville masterpiece. It's a film that straddles the line between abstract fatalism and procedural realism, balancing complex time stamps with the protagonist's uninterrupted journey towards an inescapable end. It's also a movie in love with movies, torn between the pulp its ideas stem from and the gritty truths only attainable through film. Melville is perhaps best know for his heist sequences, and this one doesn't disappoint: from the moment the characters gather in a room to discuss the deed to the final scene of them silently stacking hay over the boxes of platinum they stole, the sequence is unbelievably riveting. Like the best noir, the film's plot can be confusing at first, but once you put in the minor work, it all falls into place.

Besides A Man Escaped, which serves as a kind of reverse blueprint for Melville here, maybe the movie I was reminded of most during the film was The Friends of Eddie Coyle. Like that film, the protagonist's fate seems sealed from the very beginning, and the cold-blooded and meticulous crimes depicted are both terrifying and oddly mechanical. They are also complex crime tales that give everyone their own motives and hidden plans, making the films that much more rich and realistic.

I had said earlier that Meville is much more successful with color, but here is a film where he really uses black and white as well as anyone. One need only look to the first sequence, the prison escape, to confirm this: it's as beautiful and visually compelling as any sequence in the greatest of noir. Melville is quietly becoming one of my favorite directors.
Posted by bza at 8:41 AM No comments: 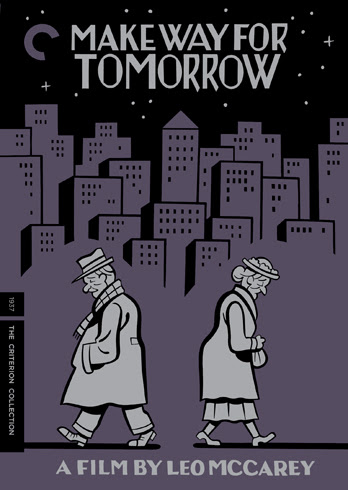 This is one of the specific kind of great movies that Criterion is made for: the out-of-circulation Hollywood classic. One of the greatest moments of my life (yes, I'm a nerd) came when Criterion announced the release of Ernst Lubitsch's Trouble in Paradise, one of my five favorite romantic comedies of all time, and a film that was never released on VHS or DVD. I had only seen the film one-and-a-half times up to that point: once in a revival theater and once when I caught it halfway through on TCM. So what I'm saying is that I know how people who have previously seen Make Way Tomorrow, which suffered a similar fate until Criterion shined a light on it, must feel with this new release.

It's not really surprising that Make Way for Tomorrow has never been released on home video. A drama about old people with a sad ending and no stars isn't exactly a big draw. Even the biggest name associated with the film, director Leo McCarey, who made Duck Soup, Going My Way, and (in the same year as MWFT) The Awful Truth (which might also make that rom com top five I mentioned) is generally upstaged by the stars of his classic movies. So the urge to issue a movie like this has to come from a place of love rather than accounting, and after all isn't that what Criterion is here for?

The most obvious cinematic connection to Make Way for Tomorrow is Ozu's Tokyo Story. Both films deal with an older couple whose children no longer have time for them in their busy, modern lives. And for the first hour of this earlier film, the tone of each film in contrast with the other is a perfect representation of the differences between early Hollywood and essential Japanese cinema. Melodramatic and - superficially, at least - clumsily obvious where Ozu's work is understated and subtle, McCarey's film represents an entertaining version of the realistic interactions that actually take place in Ozu's film.

Yet it's the final thirty minutes of the film where its place as a classic is cemented. As the elderly couple prepares to be parted, almost certainly for the rest of their lives, they spend five hours together in New York City, reminiscing and attempting to reclaim a small piece of the life they had together. It's a beautiful sequence, and one of the most moving I have ever seen. With hindsight, the rest of the film doesn't seem quite as blatant, as the interactions that are most obvious on first viewing don't seem to be the important ones. It's the moments of silence and quiet favors and rejections between family members, fathers and sons, daughters-in-law and grandmothers, that are most memorable, important, and ultimately affecting. In this way, the movie is much more like Tokyo Story than first imagined, and in fact, I read that the writers of the later film were influenced by Make Way for Tomorrow.

When McCarey won Best Director for The Awful Truth, he kindly thanked the academy, but explained that they had given him the award for the wrong picture. The Awful Truth is one of the ten best films made in Hollywood in the golden 1930s. Make Way for Tomorrow isn't quite that good, but it stands the test of time remarkably well, and thanks to this release it will certainly join Tokyo Story in the canon of films made about people in the twilight of their life.
Posted by bza at 2:15 PM No comments: