#761: Valerie and Her Week of Wonders 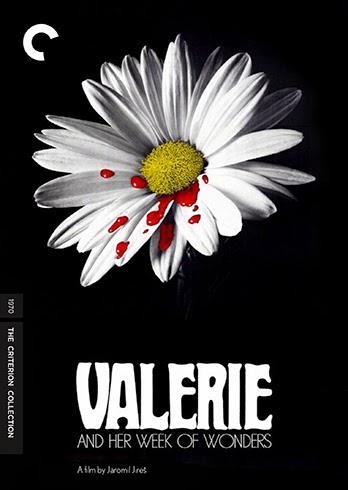 In the four months since I last posted here, I moved into a new house and settled into life as a parent of two children. I've probably watched a total of three films in that span, the driest spell in my adult life, probably in my life after two years old or so.

I mention this because Valerie and Her Week of Wonders is not the ideal movie to jump back into Criterion specifically and cinema in general. It's a difficult (though admittedly playful) surrealist playground of new wave cinema, hippie mysticism, and Christian philosophy that doesn't settle into any recognizable groove over it brief running time. There were moments I enjoyed, and the film has some memorable visuals and a handful of technical tricks that make it a worthwhile viewing. But I think even if I had been in the right mindset for this one it would demand multiple viewings before a cohesive viewpoint could be generated. As it stands, I'm not close to that place, and as Stuart Smalley says, that's ok.
Posted by bza at 2:08 PM No comments: