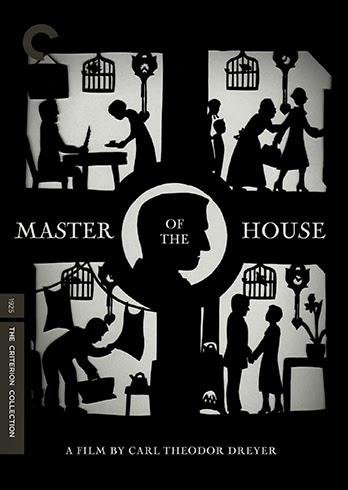 It's not that I didn't like Master of the House, an engaging and gentle little movie that shows off Dreyer's early skill with the camera. It's just that all of the talk about its revolutionary and progressive stance on gender roles is largely unfounded. Within the context of 1925's political discourse, a movie that highlights a woman's work and the need to value them in their role is certainly admirable. But a better attitude from men is not the goal of feminism - it's simply the barest necessity of entry into the human race. Master of the House does nothing to strike against the larger injustices of the patriarchal society, it simply uses them to tell a light and harmless but ultimately traditional story about a man taking his wife for granted.

There's a certain condescension directed at the past, where racism and sexism are graded on a curve. Anything that appears remotely empathetic toward people who aren't white men is declared revolutionary, while the notion that social justice or progressive thinking could have existed before the 1960s is supposed to be a revelation on par with the discovery of complex tools in the caveman era. The truth is that Master of the House is mainstream entertainment designed to play with the already widely held beliefs of the general public, and only the stodgiest traditionalist would have complained about it.

Moving beyond this complaint - which is generated through no fault of the film itself - Master of the House is an enjoyable film. Though it is certainly minor when compared to Dreyer's later work, his technical skill is clear, and I like seeing more silent films in the Collection, regardless of how "revolutionary" they are.
Posted by bza at 10:20 AM No comments: 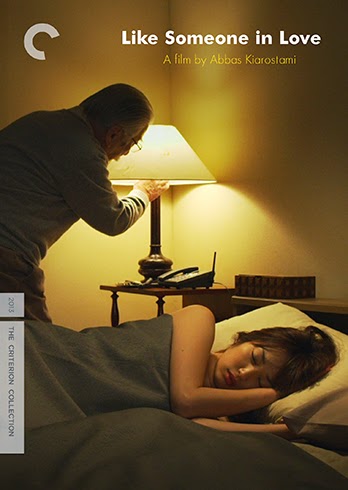 Certified Copy is possibly my favorite movie of the last ten years, so Like Someone in Love was a highly anticipated viewing despite the conventional wisdom that seemed to place it a step down from Kiarostami's last film. Even though I would agree that the movie doesn't quite live up to its predecessor, Like Someone in Love is a perfect companion piece to that film, and a rewarding and engaging cinematic mystery.

Like Certified Copy, the movie deals in vague plot details matched with vivid characters. The three main players here, like the two in Certified Copy, feel just as real and relatable as the protagonists of any movie, and yet we know so little about their backgrounds as to feel we are getting only an abstract portrait of their inner lives. Unlike Certified Copy, however, the film revolves around one character that holds the key to understanding - Takashi, the older man, who knows the truth about his relationship with Akiko but declines to reveal it. This makes the film much less of an intellectual exercise than Certified Copy, where both main characters seem to be toying with the viewer in a surrealist and removed way, but it also makes it a tad more infuriating, since it seems like the whole matter could be easily cleared up in a confessional scene.

Kiarostami is, of course, totally unconcerned with such matters, and remains much more engaged with the ways in which people relate to both each other and the outside world. As in his previous films, the post-modern flair, obtuse thematic structure, and car driving/riding sequences define the director's aesthetic. But Someone in Love firmly resides in Kiarostami's second career, that of an exiled artist obsessed with his national crisis. It's no surprise that Kiarostami's two films outside of Iran, Certified Copy and Like Someone in Love, immediately imply removal from a subject - for Kiarostami, every film he makes outside of Iran is removed from its true intentions, a simulacrum of the film he really wanted to make. The final moments of both films are revelation interrupted, a moment of foreplay or violence that speaks to the greater truth of the respective film, and the ultimate metaphor for Kiarostami's identity unrealized by his exile.

It might be a crude comparison, but this era of Kiarostami's work reminds me of Caetano Veloso's exile from his home country of Brazil. Both artists fuse modern global aesthetics with personal and national styles which are distinct to their respective countries, and Veloso's 1971 self-titled album feels unsettling and mysterious. Like Kiarostami, Veloso chose to work in a language that was not his own, but that of the country in which he was creating art. If the metaphor is to hold, the Iranian filmmaker has much more experimental and arguably difficult land to traverse. But the journey will never be anything less than invigorating and impressive. Kiarostami is certainly one of the great living filmmakers - that he hails from one of the world's most notorious and complex countries only makes his emergence that much more powerful.
_____________

On a personal note, this is my 500th post on a Criterion movie on this blog. I honestly never thought I'd get this far, but it's been a thoroughly rewarding journey, one I wouldn't trade for any other artistic endeavor I've made. I've obviously slowed down a great deal since I "caught up" with the collection - which has made me slip a bit in terms of keeping up. But as long as Criterion continues to put out movies, I'll continue to watch them and post here. Even as they encounter more financial issues and turn to ever bigger releases to maintain their place  in the market, I believe in what Criterion is doing and continue to have faith that they will be around for spine number 1000 and beyond. Here's hoping we are all there to see it happen.
Posted by bza at 7:32 PM 2 comments: 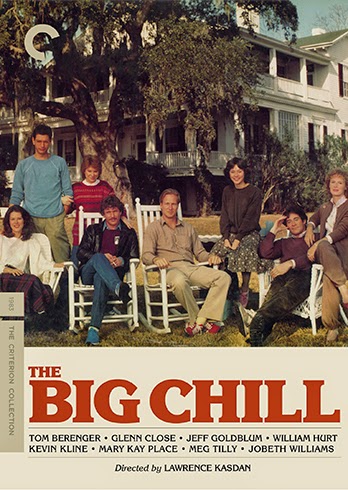 I watched The Big Chill for the first time when I was a teenager, and there are few more depressing movies to watch at that stage of life. For people with limitless options ahead of them, this is a film about people who are dead inside, horrified with the decisions they have made, and desperate to regain their freedom. They are unlikable and self-absorbed. Like Kevin Kline's later film, The Ice Storm, it's an unpleasant and uncomfortable viewing because it's hard to wrap your head around the choices you watch.

Once you've grown up, started a family, waded deep enough into a career or whatever they call it these days, the film is oddly less depressing, more comforting. It's a reminder that no matter how bad things get, you can always go home. It's a reassurance of the interpersonal connections that don't go away when philosophies and priorities change.

Of course, while the fundamental conflict of The Big Chill, the struggle with getting older and wrestling with dreams and responsibilities, is timeless, the resolution is specific to the boomer generation the film claims to represent. If The Big Chill was made today - and seeing how difficult it is to have adult dramas get made in the Hollywood system, it wouldn't be - the moral of the story would be distinctly anti-nostalgia, a lesson about appreciating what you have in life instead of longing for the past. If the children are our future in The Big Chill, the future is a disembodied voice we police from a distance while we dance and screw away the blues to the safe pop rhythms of our youth. The Big Chill is drenched in a nostalgia that would be tossed aside immediately by my generation, even as we struggle to uphold our own truths from a bygone era.

At one point, a character complains that "even fortune cookies are getting cynical" - a cynical comment about too much cynicism. The group of friends in The Big Chill finds comfort in the idealism of their youth because they know how foolish and carefree they were; they've tasted the apple and wish they hadn't. This was a bitterness that was passed on to their children, a generation intent on avoiding the disappointment their parents endured, but destined to fight some other kind of disappointment that doesn't come from anything more specific than the realization that no one is exempted from losing their cool.

The Big Chill is far from a great movie, but it's lasted as long as it has not because of its impressive cast and almost unbelievably stacked soundtrack but because it speaks to a simple and quiet truth about a milestone in life that often goes unmentioned. These are the kind of moments the Hollywood of the 80s was best equipped to handle, and it's a reminder of what our current cinematic landscape is missing: movies that aren't for everyone, but might mean everything to you.