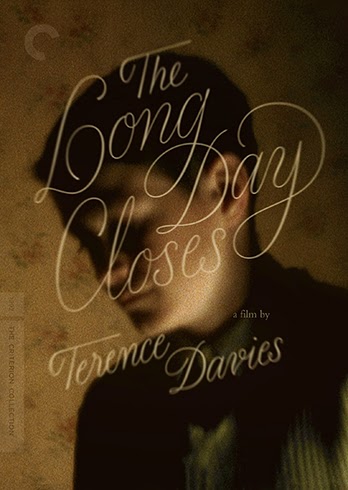 Distant Voices, Still Lives is one of my favorite movies made during my lifetime, and a top request for Criterion treatment. So when The Long Day Closes was announced, I had somewhat mixed emotions: it's nice to see Davies in the collection, but I wish it was a different title above his name.

After watching The Long Day Closes, I don't feel that different. In fact, I hope people who have come to Davies because of Criterion's seal of approval would seek out Distant Voices first before seeing this movie - it's not just a better movie, but a better introduction to the artist's style and singular execution, which involves gentle camera movements, dimly lit but meticulously composed visuals, and a loose narrative held together with stark dialogue and nearly constant, mostly diagetic traditional music.

That said, this is still a beautiful movie and a worthy addition to Criterion's ranks. Rather than deal in memory and the passage of time, as much of his work does, The Long Day Closes relishes the moment, depicting a crucial point in childhood as a peaceful but stirring moment in life. It's certainly still from the point of view of the present, but Davies seems more engaged with his setting than in Distant Voices, which floats along through brutal fog and unshakable trauma. It makes the movie feel less experimental even as it expands upon the narrative theory put forth by his earlier features. This is a complex and skilled narrative that is intricately and masterfully composed.

Perhaps this is what makes it feel less alive than Distant Voices. Davies's style is at its best unhinged and dangerous, like a bloody revolution set to cleanse the country of its sins but succumbing to the ever ready truth that past is present. The Long Day Closes is at peace with itself, but it's impossible to shake the feeling that it's all a charade.